Written by Max de Thouars
Updated over a week ago

(06-04-2020) The next release is scheduled within approximately 5 days. This release will contain the following:

One Tool Launcher on platform 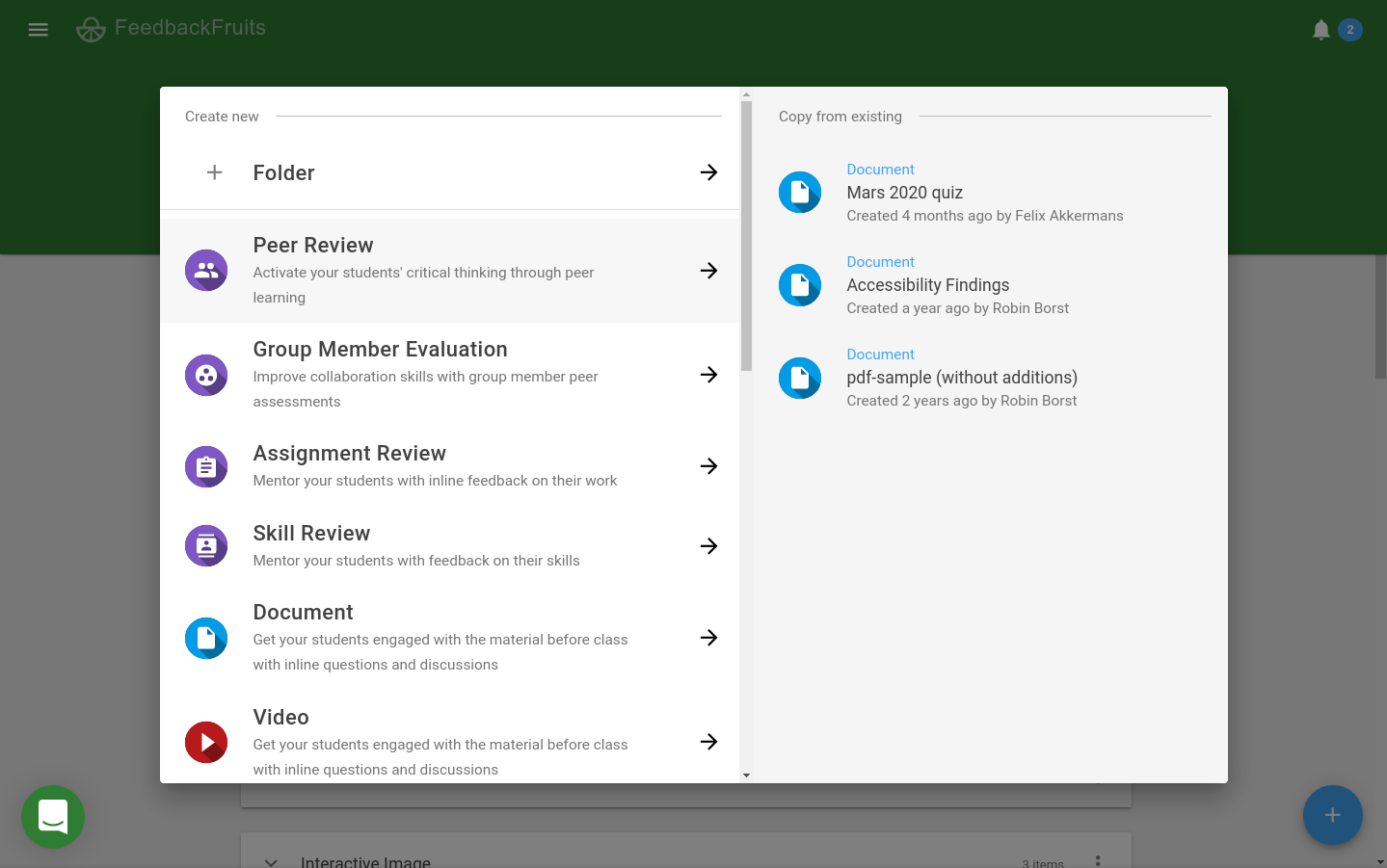 Comment attachments:
Students and teachers can now attach up to three files to any comment, annotation or explanation card they create throughout the platform.

LTI 1.3 beta
It is now possible to integrate FeedbackFruits in your LMS using the new version of LTI. This version has some advantages, like the possibility of syncing memberships and deeper grading without the need for an API integration. If you want to test this functionality you can contact our support or for Dutch partners contact Menno de Kok and for international partners contact Annika Borgstede.