In this release automatic grade items in Brightspace, feature flag "flag-to-teacher", announcement: submitter anonymity out of beta in March

Written by Annika Borgstede
Updated over a week ago

(12-02-2020) The next release is scheduled within approximately 3 days. This release will contain the following: 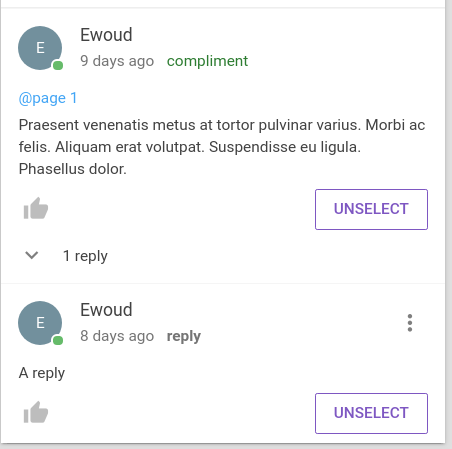 Flag-to-teacher feature (beta, feature flag)
This new feature allows students to flag posts to their teachers. The feature allows the students to select from 4 different reasons to report: inappropriate posts, an offensive post, suspicion of plagiarism or other. They can write a comment to support the reason for flagging the post. The teachers get a notification about the reported posts, after which they can easily review and delete them if necessary. The reporting of posts is anonymous to the teacher. In the video below you can see this feature in action. The flagging can happen at the following locations:

If you want to test this functionality you can contact our support or Annika Borgstede to enable it for your account.

Announcement: Submitter Anonymity out of beta in the next release
In the release of March, the Submitter Anonymity feature will graduate out of beta. With this feature student handins are anonymous to their peers in Peer Review. If you want to test this functionality before March you can contact our support or Annika Borgstede to enable it for your account.